We visited the Evora in 2007. Evora is a small city that still retains its medieval flavor. Probably due to the city walls that still surround the city as well as the street layout that has not changed for hundreds of years. It is an UNESCO heritage site and at the top of the town next to the ever present cathedral is the remains of a roman temple from 100 CE. Like the Pantheon in Athens this temple survived to the 19th century where (like the pantheon) it was being used as ammunition storage and BOOM. All that remain are the column on three sides that used to support the roof. The walled medieval city was great to wander around in. The narrow streets and town squares gave a view of life that is very different than the cities of the 20th century and suburban living. One of the truly unique sights was the Chapel of Bones in the Church of St Francisco. The walls and columns are composed of human bones and skulls as you can see from the pictures and it has 3 naves.

We also visited the near by ancient monoliths and stone circles (cromeleques) of Almendres which were placed in teh 5th to 4th millennia BCE. It is the largest group of stones erected on the Iberia Peninsula.

Then we traveled to Arraiolos which is know for their fine rugs and visited the walled castle overlooking the town. Only the church remains of the interior structures of the castle.
Read More 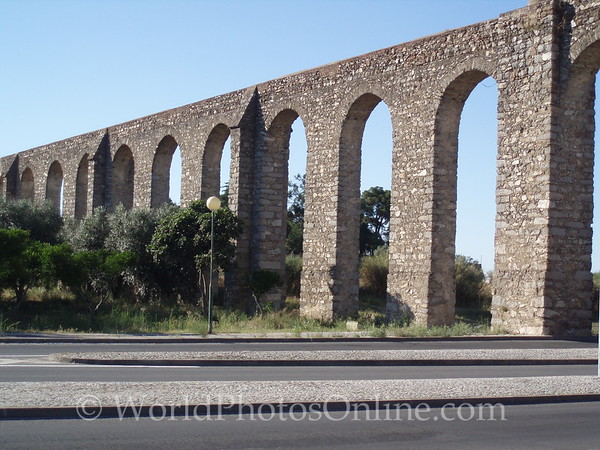 Evora - Aquaduct of the Silver Water